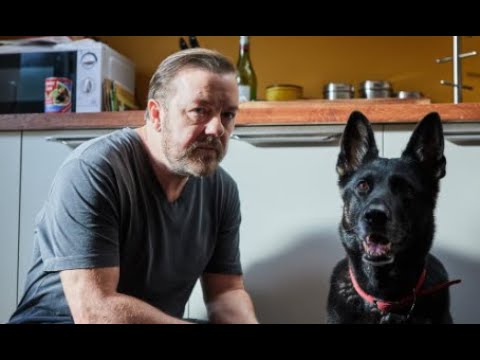 Ricky Gervais new dramedy follows a widower in mourning developing a less than appealing personality to push away anyone who’s still interested in helping him. Join the AFTER LIFE AFTERBUZZ TV AFTER SHOW as we attempt to reach the unreachable. Subscribe and comment to stay up to date.

Episode 1: Tony struggles to be “Zen” after he watches video of his wife (Lisa) said to be kind, strong, kind to friends.  All of the characters are reintroduced into the season where they left off in a pleasant way setting the tone for episodes to come. Life keeps testing Tony’s patients with trying to be a better person by sending people his way that constantly put him in negative situations. Matt tries to salvage his marriage while Kath continues to make a move on him. Nurse Emma and Tony discuss their feelings and where they stand, knowing Tony isn’t over Lisa. While having a visit with Anne at the graveyard, Tony comes to a realization that everyone is struggling in life, so he wants to help people around him anyway he can. Pat and Roxy’s characters continue to develop and become closer to Tony. Trying to help Tony on his Zen journey Matt tries to take tony for a meditation class but it ends badly. The episode finishes the opposite of how it started very grim, a turn when a video of Tony and his wife ironically say cheers to her being the first to die while he was alive.

Episode 2: This episode starts off with Tony watching his brother in laws wedding video and he is dancing with Lisa before he starts another day trying to help the world. Pat the mailman stops by to tell Tony that his life is improving and that he wants to go on a date with Daphne and asks him to put in a good word. Tony apologizes to Matt about leaving meditation the way he did, Matt brings up Tony’s drinking problem. Tony decides Zen life isn’t for him and tells Anne, who decides to give him a life lesson he won’t forget. June’s son arrives at the gazette eagerly wanting to pitch article ideas when he is quickly put back in his place as an intern. Matt attends therapy and gets raunchy advice on how to cope with the possibility of divorcing his wife. Nurse Emma is flirting with Simon in front of Tony which sparks interest in him wanting to know their relationship. Emma establishes that her and Tony aren’t an item and she can do what she pleases. Tony makes a terrible dinner for Roxy but introduces her to the idea of dating Pat, and she agrees. There are zero boundaries in Lennie’s household with his girlfriend and possible stepson. It all comes to a close when a video Tony crying to Lisa while having cancer.

After Life After Show Podcast
Ricky Gervais new dramedy follows a widower in mourning developing a less than appealing personality to push away anyone who’s still interested in helping him. Join the AFTER LIFE AFTERBUZZ TV AFTER SHOW as we attempt to reach the unreachable. Subscribe and comment to stay up to date.
It's an Emotional Rollercoaster of a Finale – S1 E5 & E6 'After Life' Recap & After Show
by AfterBuzz TV

The season finale is an emotional roller-coaster consisting of unexpected events. Tony’s father Ray Johnson ends up passing away peacefully in his sleep. Tony does his best to cope with his father’s death and gives a beautiful eulogy at his funeral highlighting nurse Emma. Emma and Tony try to figure out where there relationship can go since he will no longer be visiting at Autumnal Leaves Care Home. Pat and Daphney continue to like each other and Pat begins to consider Daphney as his future wife, while she is reluctant about her past messing things up for her. Matt and his wife Jill choose to reconcile so he will no longer be needing therapy; however, the therapist has a breakdown of his own. Anne and Paul seem to come together and find comfort in one another. Lastly, Tony attempts to commit suicide and is merely saved by Emma.