Are Defending Jacob’s Pedophile Man and Slain Teen More Alike Than We Realize?

Do Defending Jacob characters played by Jaeden Martell & Daniel Henshall share a toxic proclivity that threatens to destroy one’s life & lead to the murder of the other?

If you’re a fan of Defending Jacob,  that means you’ve been enjoying the cinematography of a blue and grey New England winter interspersed with a mystery and character study of how loyalty to family can cloud one’s judgement. By now the mystery has sucked you in. And maybe like me, you vacillate between thinking Jacob is a murderous little weirdo versus a scared little boy who was bullied and reacted poorly to finding a dead body. Or maybe you’ve made up your mind and think you know and have some pretty interesting theories. I love both of those scenarios, but that’s not why I’m here.

Sure the story unfolds and the mystery envelops you. But what I find even more compelling is the character study and the parallels between the Leonard Patz and Ben Rifkin characters. Both are sexual predators. And I think the way each is portrayed says alot about teenage sex and consent in modern times.

Leonard is a convicted sex offender who has most recently been accused of assaulting a teenage boy in a library. We find out later that the boy, Matt, has been carrying on a sort of sordid transactional relationship with Patz. One where he is allowed favors of a sexual nature for money. As Matt is a teen and thus can’t consent and Patz is well aware of this fact, we can agree that Patz is a sexual predator.

With Ben Rifkin, we see a teenage boy, who attempts to use nude pictures to blackmail a love interest into performing sexual acts on him.  A sexual predator, just the same. The tone on that is set by Sarah, and it’s telling. Society will accept Ben’s infraction as boys will be boys, with no harsh consequences, yet we recoil at Patz who was previously hauled down to the station and investigated by police. Sarah is upset when she divulges the secret to mutual acquaintance Derek Yoo. When Derek hatches a plan to “rescue” her by stealing the phone and pictures, she fears that he doesn’t realize the amount of trouble she could get in. She, a 14 year old girl, fears the repercussions of revenge porn, more than the exposure of the sexual deviant who is the purveyor of it. While vile and shocking, it is believable and indicates maybe more than we’d care to know about patriarchy and human nature.

I think the subplots of Defending Jacob, allow us the chance to dig deeper into what is usual and seen as acceptable, juxtaposed with what is objectionable and seen as irredeemable. In a storyline where we are compelled to Defend Jacob, one must ask, what of Saving Sarah?

If you enjoyed this article please like, share and join us for the Defending Jacob After Show on AfterBuzz TV at 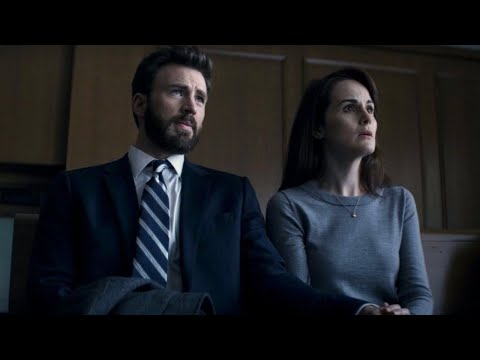 If you love Defending Jacob, share this article with a friend.  Tune in daily to AfterbuzzTV articles and aftershows for the latest news and info on pop culture and entertainment.

Kay Montgomery is a host at Afterbuzz TV who loves sitcoms and is currently embroiled in a vicious debate on Bracketology. She is A Different World devotee and although she has a masters degree in Education from The University of Redlands, she would have given anything to go to fictional Hillman College.