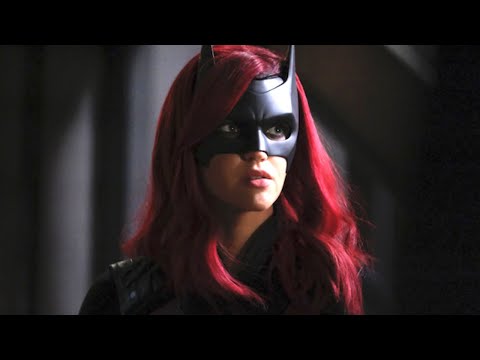 After faced with a massive breakout at Arkham Prison, Commander Kane faces off with a new Villain, Tim “The Titan” Teslow on the subway.  After killing a man, and being sent to Arkham, Commander Kane begins his search to find this new threat.  Kate wants to see Batwoman and Commander come to a truce, and with the help of Mary, they work together to catch Teslow.  All is not well for long, however, when the Commander betrays Batwoman.

Meanwhile, Mouse opens up to Alice and says he wants to leave Gotham. He is no longer supportive of Alice’s revenge against her sister.  He simply wants to get away and Alice to join him.  Alice seems to be supportive of his plan, but betrayal soon follows when Alice cannot accept Mouse leaving her.  Hush made his return, and Alice finally gave him his new face.