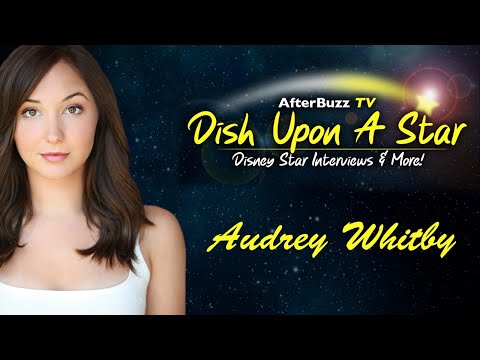 Welcome to AfterBuzz TV’s Dish Upon A Star where Chae’ Jones does an in-depth interview with some of your favorite past and present television and movie stars. We’re talking about their time on set, life after the show/movie ended and what are they up to now. Plus, your favorite game where we find out just who knows it better, the actor who played the character or the interviewer.

Whitby was born in Murfreesboro, Tennessee, and raised in Granger, Indiana. Her sister is Madeline Whitby, who is also an actress. When Donald Trump won the United States Presidential Election, Whitby was displeased that Hillary Clinton lost and joined in an anti-Trump protest which led to her and those involved getting arrested by police officers in riot gear. She later talked about it on Instagram. Whitby started acting when she was six in community theater and started auditioning in Chicago when she was eight. Whitby moved to Los Angeles when she was 12. Whitby’s first major role was on the Disney Channel program So Random! She later appeared on the Disney Channel series Liv and Maddie, and then played the long-time recurring character of Cherry on the Nickelodeon television series The Thundermans. Whitby worked for AwesomenessTV, including in its television series of the same name, its Terry the Tomboy film, and its followup comedy sketch series Betch: A Sketch Show, which also stars her sister Madeline and which was released on go90. In 2017 she co-starred on the AwesomenessTV drama series In the Vaultwhich was also released on go90.

Antwon Tanner (born April 14, 1975) is an American actor. He is best known for his recurring role as Michael on the UPN sitcom Moesha (1996–97), and its spinoff The Parkers (2001) and as Antwon “Skills” Taylor on the drama series, One Tree Hill.

Tanner is mostly known by his role as Antwon “Skills” Taylor on the CW show One Tree Hill. Tanner had a starring role in the 2005 film Coach Carter, where he starred alongside Samuel L. Jacksonand has appeared in TV series such as NYPD Blue, 413 Hope St., Sister, Sister, Moesha, The Parkers, and CSI. Tanner also had a role in the film The Wood. In 2007, he starred alongside Brian Hooks, Denyce Lawton, and Cherie Johnson in the horror film 7eventy 5ive.